Today is September 11th, a day on which acts of unspeakable horror were committed and thousands of innocent people lost their lives.  As I imagine many people did today, I went back in my mind to that day of evil.  Where I was, what I was doing, and what I was thinking as I watched planes crash and buildings fall to the ground…Why?  It is a question we all ask at one time or another and I began thinking on it again today.  Why would God allow something like that to happen?  It is a serious and important question, one which has kept many from faith in God.

Not Just Why, but Who?

However, I think an equally important question is not just why, but who?  In the face of evil and suffering, it is easy to become angry at God or even decide that it must mean God is not really real.  I think though that we must be careful to first consider the direct cause of evil in the world: ourselves.  We cry against the wrongs committed against men, but it is to be noted that these wrongs are done at the hands of other men.  This tells us two very significant things about mankind: one, we hold ourselves to a higher standard than all other species and two, we continuously fall short of this standard.

In our outrage at evil, we deny God’s existence and yet, if God is not real and we are but products of the blind and indifferent process of evolution in a universe with no ultimate justice, then our outcry against evil is completely unfounded.  We are nothing but animals and so we should look to the animals for example.  We can no more object to the murder of innocents than we can to the predator who takes his prey.  Yet, we know this cannot really do.  We cannot really live like that because we know whether we are willing to admit it or not that we are different from the animal.  We are held to a higher standard.

It is this fact that we do not want to face because if there is a standard, there is a judge and that is a frightening thing.  For just as we know that we are held to this higher standard, we know that we have not met it. Looking at the history of mankind, it is evident that there is something terribly, terribly wrong with us, something rotten at our very core.  So we most certainly should ask why God would allow evil, but we should not forget that it is we who have committed it.  It originates with us.

If we are the direct perpetrators of evil, then the question of “Why?” must not only be levied at God, but at ourselves.  What is it that is so wrong with us?  Why would a man or men commit such heinous acts as murder or terrorism?  The Bible gives us an answer.  It tells us about the wicked man.

“In his arrogance the wicked man hunts down the weak, who are caught in the schemes he devises.  He boasts of the cravings of his heart; he blesses the greedy and reviles the LORD.  In his pride the wicked does not seek him; in all this thoughts there is no room for God….He says to himself, ‘God has forgotten; he covers his face and never sees'” (Psalm 10:2-4,11).

The wicked man is wicked because he does not fear God.  In his pride, he believes that God does not see his evil acts nor that He will call him to account.  It is slightly ironic that in reaction to evil so many deny God and assume He does not see when it is the denial of God which has led men into evil in the first place. Evil has come into our hearts and our world because our hearts have turned from Him.

The Intellectual and Practical Answer of the Gospel

There still remains the question of, “Why, God?”  Intellectually, it is a question of logic.  How may a good and omnipotent God allow evil?  This is no easy question and I do not pretend to have it completely figured out, but I would say that I have come to peace with this question intellectually because the world would make less sense if there was no God.  If God is not real, then there is no higher standard and our objection to evil is unfounded.  We would not cry out as we do. And yet, we do. I find then that our objection to evil is stronger evidence for God rather than against.  I argue more extensively for this here: https://emilysuzanne11.wordpress.com/2013/04/04/how-can-a-good-god-be-compatible-with-evil-and-suffering/

Practically as well, the theist is in a better position than the atheist.  If there is no God, then not only do we have no grounds for calling evil acts evil, but we also have no hope of evil being punished and the wrongs committed against us being brought to right.  We may, in our anger against injustice, eliminate God from the picture, but in so doing, we throw away our only hope for justice.  Thus we are left without the ability to call evil evil and without any hope of triumph over it.

The Personal Answer of the Gospel

Finally and most importantly, the Gospel provides a personal answer to evil because it is a personal problem.  We are both the perpetrators and victims of evil.  We are broken people.  It would not be enough if God only punished evil because we would still be left sick and bleeding.  We need not only justice, but salvation. Not only a judge and a victor, but someone to come to us in our suffering and bear our burdens with us. Jesus Christ is that person.

I remember while studying Philosophy in college, I went to hear the Christian philosopher Os Guiness speak on the problem of evil.  I was expecting an astoundingly insightful argument, something to blow me away.  When asked how a Christian comes to terms with evil and suffering, he smiled and said that you simply have enough faith in Jesus Christ.  I remember thinking, “That’s it?”  I felt slightly embarrassed in front of the atheists and agnostics in the room.  It seemed such a cliche and overly simplistic answer, but I realize now that it is anything but.

I have been married for a little over a year now.  I am not always with my husband so I do not always know what he is doing. Nor do I know what he is thinking all the time. He is very different from me so I do not always understand the things he does or why he does them, but I do know him.  I know his character.  I know his commitment to love and protect me.  I have experienced his love and faithfulness to me.  So I know that I can trust him even when I do not understand or agree with all that he does.  I believe that he will honor his commitment to love me and that he will be faithful to the vows he made to me. My faith in him is based on my experience of him.

It is the same with Jesus Christ.  I do not doubt God in the face of great evil in the world because I know Jesus Christ.  I know Him personally. Through the Gospel, He has made His heart and character known to us. He has shown His unfailing commitment to rescue us from the evil we have wrought with our own hands by taking it upon Himself.  As Os Guiness said, “Christianity is the only religion whose God bears the scars of evil.”  Jesus has shown Himself to be good and trustworthy and so we trust Him even when it does not always make sense.  More on this here:  https://emilysuzanne11.wordpress.com/2013/04/08/how-can-a-good-god-be-compatible-with-evil-and-suffering-part-2/

The answer to evil then is not just some argument, or something, but someone: the person of Jesus Christ who will both “judge the world in righteousness” (Psalm 9:8) and “be a refuge for the oppressed, a stronghold in times of trouble” (Psalm 9:9).  He both avenges the afflicted and enters into their affliction with them.   In this, the Gospel of Jesus Christ provides all that we need in the face of evil: a judge, a victor, and a healer.

“But you, O God, do see trouble and grief; you consider it to take it in hand.  The victim commits himself to you; you are the helper of the fatherless.  Break the arm of the wicked and evil man; call him to account for his wickedness that would not be found out.  The LORD is King for ever and ever; the nations will perish from his land. You hear, O LORD, the desire of the afflicted; you encourage them, and listen to their cry, defending the fatherless and the oppressed, in order that man, who is of the earth, may terrify no more” (Psalm 10:14-18). 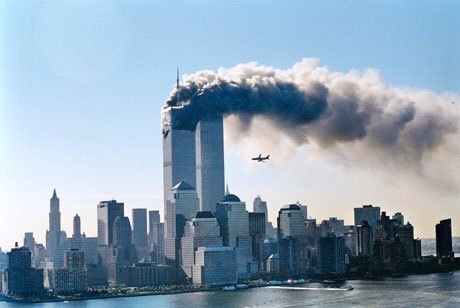 5 thoughts on “September 11th Reflections on God, Evil, and Psalm 10”